What I love and hate about AirPods after a month of use.

I have been using wireless headphones for five years now 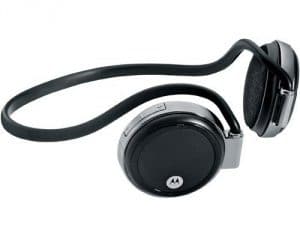 This Motorola Headset was the first wireless headset I have purchased. They were pretty bad. The sound quality was below average, the battery life was not impressive, they were extremely uncomfortable to wear, but they were affordable. A massive step up from my Motorola headset. A lot more comfortable, longer battery life and better sound quality.

Unfortunately, they didn’t live for very long. After about a year and half of use, they stopped turning on. The fact that Plantronics didn’t have an office in Auckland didn’t help the matters, as I have spent over a couple of hours talking to their representative in the Philippines and the United States. In any case, I enjoyed the company, so when I started looking for a new pair, I was very excited to see that Plantronics released a new version of BackBeat GO.

I could connect them to up to two devices, so even if I were watching a movie on my iPad, they would automatically pause it and switch to my phone if I get a call.

The addition of a charging case was a very nice bonus. I wasn’t using it as often as I initially thought I would, but that was fun to have it.

Eventually, I lost them, still sorrowful about that. All in all, I think this are the best headphones I have ever used. I can connect them to up to two devices at the same time. The battery lasts for over 24 hours of continuous listening. I can connect them with a wire if the battery does run out or if I want to avoid the latency while practicing guitar.  And they have active and passive noise cancellation.

But they weren’t, however, perfect. Headphones are pretty big, so I can’t comfortably use them laying down, and I can’t use them with my bicycle helmet. And I have to go to the Bluetooth settings and disconnect the headphones before I can reconnect them to something else.

And now the AirPods. I was pretty skeptical about them, but after reading and watching several reviews, I have decided to give them a go. I have been using them almost daily for the last month or so, and I think I have formed a pretty strong opinion about them, so let me share it with you.

Things I love about them

AirPods are great at so many things!

Pairing the AirPods with my iPhone was a breeze. I have opened the case, and the pairing dialog appeared on my iPhone right away. I didn’t have to open the settings menu, press the “Pairing” button, enter a pin code or anything else like that. I just pressed the “Connect” button on the phone, and… That’s all it takes! What is more, this was enough to pair my AirPods with all of my devices thanks to the iCloud synchronization. Almost magic!

The case is perfect for carrying the headphones around and keeping them together. Plus they charge when they are inside of the case which is an excellent bonus. Every time I don’t use them I put them back into the case. I enjoy that the case is subtle, can fit in any pocket and that I don’t have to connect any cables when I put them away. Almost too easy!

Oh my god, this is by far my most favorite feature. I can listen to the music on my iPhone on the way home, then sit down in the front of my computer and with a click of a button on the computer itself disconnect the headphones from my phone and connect them to the Mac.

With all of my previous headphones, I had to take the old device, press the disconnect button, then get the new device and press the connect button. No longer the case!

AirPods can get over-the-air software upgrades. There is no update button, there is no cable to be connected, no firmware tool to be installed on the computer and it is silent. You just know that your headphones get better and better over time without any interaction from your end. Awesome!

Apple puts all of the battery indicators in one place. With a single widget, I can get the current battery status of my iPhone, my iPhone case, my watch, each of the AirPods as well as the AirPods case. Neat!

AirPods detect when you remove a headphone from an ear, and it puts the play function of your device on pause. Regardless whether you were listening to music, watching a YouTube video, listening to an audio book or anything else. Especially neat when you just met somebody on the street and want to exchange a few words with them. There is no need to get the phone out to put the music on hold anymore.

Being able to use just one headphone

I have a bad habit of watching movies, YouTube, and educational videos in bed. And quite often, I only use one of the two headphones when I am on my side. What is neat is that the other headphone can recognize this and shut down preserving the power. I don’t understand how Apple managed to achieve this, but it is great!

Things I hate about them

AirPods are far from being perfect. Below I will list a few things which annoy me.

The only gesture they understand is a double tap to enable Siri. You need to use the voice assistance for the rest of the functionality. I think we are still too far away from using the voice assistance in public. I am in any case. But even at home, double tapping the headphones, waiting for Siri to respond, then giving a command just to skip a track is way too much effort. I can perform a lot of the functionality from an Apple Watch, but they are too slow, so I have to take my phone out of my pocket way more often than I want for the wireless technology.

I hope this is one of the glitches they will resolve in an upcoming version. A few times they volume was too soft low when the volume indicator was on maximum. Pressing the “volume down” button magically increased the volume. Very confusing and annoying, but not too common.

Ok, before I mention how annoying desynchronization is, let me note that it is very impressive that most of the time they are in sync. Think about it. You have two independent pieces of technology connected to your phone. Even the slightest delay in one of the headphones would be very noticeable. So the fact that it doesn’t happen very often is incredible! Kudos to engineers at Apple, I’m sure it took a very long time to figure.

However! They do get out of sync. So one headphone is less than a second ahead of the other. It sounds like something is echoing inside of your head, incredibly annoying. Taking the headphone out and placing it back into an ear solves this, though.

Oh, how I wish that Apple would give me more options than just white!

From what I have seen on YouTube, they are pretty good at resisting the water. Being 100% waterproof would’ve been an excellent bonus.

Ability to locate them with a phone

AirPods are small. And I tend to misplace small things. Would be awesome if they were able to make loud enough sound to be able to hear them when you try to locate them.

The maximum volume is not high enough. My EarPods were louder.

Sound quality is not that great. It is not bad, but it could be much better.

I guess there is no easy way to achieve this, but after using the noise canceling headphones, it is hard to go back.

AirPods are great if you expect to use them with more than two Apple devices. For any other situation, I would recommend you to look for something else.